Obesity, which is the exaggerated increase in adipose tissue, is a serious social problem, typical of industrialized countries and the nature of which may be genetic or acquired.

The fat cells, called adipocytes, may increase in volume and in number. In the case of genetic obesity fat cells at birth are increased in number compared to the average. The increase in adipocytes may also occur in childhood and prepubescent. An individual with a high number of adipocytes is intended to obesity or crash dieting throughout their lives, because their volume can be reduced but not the number. Women are even more unfortunate because the fat cells are also controlled by estrogen and this causes the adipocytes to fill with water with ease, especially in the premenstrual period, with increased body mass (especially in the lower part of the body). That said, we deduce that at the origin of genetics obesity there are often large family responsibilities, as adipocytes can multiply in the fetus due to improper eating habits of the mother and in the early stages of growth of the child. For this reason it is essential to set a proper nutrition since childhood.
Acquired obesity  derives from poor dietary habits and lifestyle (sedentary) and hypernutrition. That’s why over the past two decades, obesity has increased dramatically.
Even hyperphagia, or excessive appetite, may have a genetic or induced origin.
In the first case we have two situations sometimes concomitant:

The hypothalamic center of hunger is a brain area involved in the regulation of this stimulus; consists of a “media center” and one “side center”. The inhibition of central medial cause hyperphagia (an increase in appetite), whereas stimulation causes aphagia (inappetence). Conversely, inhibition of the side center causes aphagia and stimulation causes hyperphagia .
It is experimentally proven that the following environmental conditions can alter dietary habits and increase your appetite.

We distinguish two types of obesity: the android, especially typical of men, and the gynoid, so called because found mainly in women.
The android obesity is under the influence of testosterone (male hormone) and is characterized by the preferential accumulation of adipose tissue in the waist. This type of obesity is believed to be a danger, as it predisposes the individual to a variety of cardiovascular diseases.
The gynoid-type obesity is under the influence of estrogen, and this time, excess fat tends to localize mainly on the legs and buttocks, also preparing to cellulite.
To determine the fat mass individual and a possible state of obesity there are many tables and methods, almost all suitable for normal subjects, but less accurate for those obese or for athletes and muscular with little fat (they are standardize and do not consider these conditions). Therefore, the BODY MAX INDEX (BMI) and other tables can give useful, but not absolute. Among the methods of easier application and precision in the gym, surely falls within the plicometer, both for the convenience of use, both for the convenience of evaluation also over time.

Keep your brain fit for life 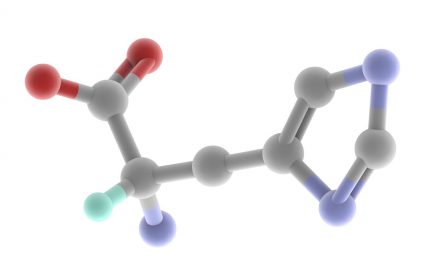